‘The team just moves on’: Richie McCaw on a new All Blacks era of domination

Richie McCaw – The former captain talks about the Bledisloe Cup, Sam Cane and why a man never quite at ease in the public eye is now releasing a book and a movie 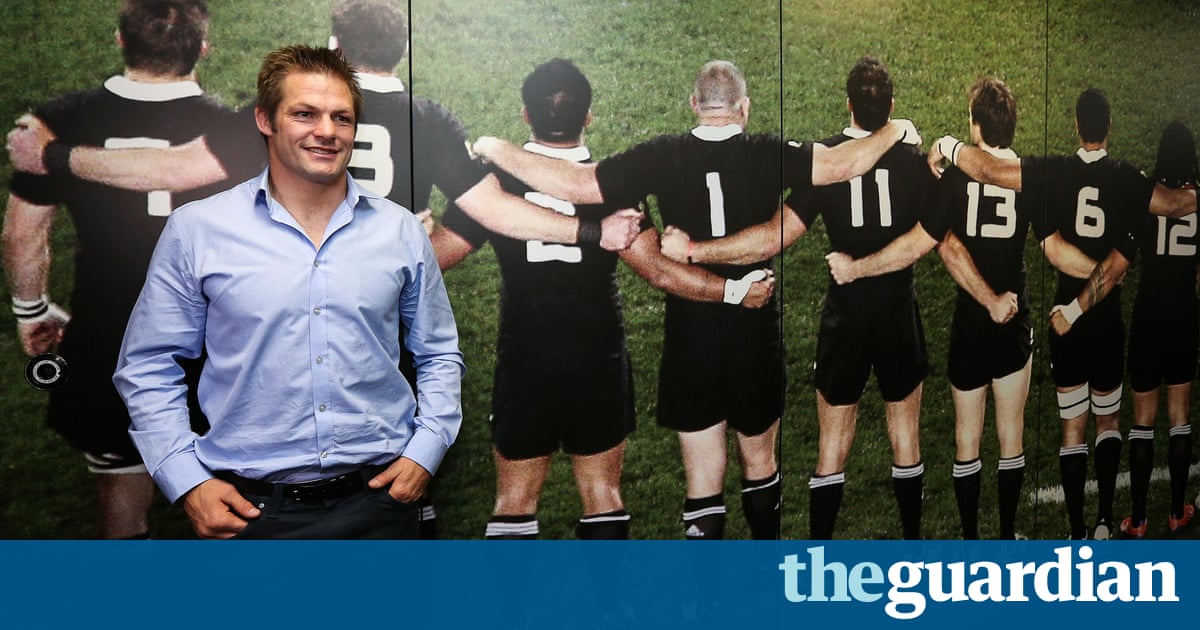 They were never going to miss me and DC, Richie McCaw says with a smile. He is sitting in a conference room at the Manhattan headquarters of his old teams sponsor, AIG. On message, he is wearing all black but not All Black. The captain retired last year, with 148 caps, two World Cups and the gratitude of a nation now revelling in the havoc wrought upon Australia in Sydney. In Wellington on Saturday, they may perpetrate another 42-8 mauling or something worse.

DC, the great fly-half Dan Carter, now lives and plays his rugby in Paris. Richie McCaw hasnt left home, but he also watched the Sydney Test from afar in Rio de Janeiro, where he spent a happy couple of weeks watching the Olympic Games.

I was quite impressed, actually, he says, with habitual understatement, of such an ominous All Black performance at the start of a run that ends with the Lions tour next summer. Every opportunity they got, they nailed. Thats the great thing about the ABs. It doesnt matter who you are, the team just moves on.

The jersey comes first and handing it on is as important as wearing it with pride and righteous anger. Richie McCaw No7 is now worn by Sam Cane, a Chiefs flanker who spent four years preparing to replace the irreplaceable.

Richie McCaw downplays his role in Canes development and then admits the importance of it. Its a familiar tactic: when we spoke in Chicago in 2014, before a game against the USA in which Cane got the start, I asked about the pressure of the All Black captaincy and whether he really, truly enjoyed it. It was all fine, he said. Well, it was a little bit testing, every now and then. A little bit and a wee bit are McCaws conversational tics, signalling concession or insight to come.

Not so much the selection or whatever, he says, about his part in Project Cane, but hes been in the team for four years and we worked together a little bit. It wouldnt have been right if I wasnt passing on things but he was passing things on to me too. Ive been hugely impressed. Hes keen to learn, hes got a great instinct for the game and hes a guy that I think is a natural leader.

And then, for fans of the Wallabies or any nation feeling a little wobbly about whether the All Blacks will ever be deposed, the really frightening fact: Hes got pressure on him too, from Ardie Savea whos been terrific and wants to get in.

Richie McCaw heir apparent has an heir apparent. Nor is Ardie, who impressed in the Hurricanes Super Rugby title win, the only Savea on the All Black bench. Julian Savea, a wing with 4o Test tries, currently lurks there too.

I reckon itll be closer, McCaw says, nonetheless, of Saturdays second Bledisloe Cup game. Aussies dont lie down. But I can still see the All Blacks winning. Theyve got too much firepower, especially when they can pull guys off the bench like the two Saveas. It must be horrible when youre in the opposition seeing those guys coming on.

I hope that it is a bit closer, because you dont want to see big one-sided results for the top teams. I dont think thats healthy for southern hemisphere rugby, or for world rugby. But I can say that now Im no longer playing. As a player thats the last thing you want to hear, bloody idiots like me spouting on like that.

Its another conversational catch: a sharp point that might make headline-writers Australian headline-writers take notice, a quick switch to pleasant self-deprecation. The greatest All Black of all time sometimes seems not to rate himself that highly. Anyway, my next question offers him an out. How does he feel about his successor as skipper, No8 Kieran Read, taking one of his All Black records?

Most yellow cards. In Sydney, Read went to the bin in the 74th minute. It was his fourth yellow in an All Black shirt. Richie McCaw, infamously to some, given his reputation as supreme scavenger and spoiler of the breakdown, only ever had three. He laughs. Interesting. He can have that one.

McCaw is in New York to work one job in a post-playing portfolio that also includes flying and promoting Christchurch Helicopters and representing Fonterra, a New Zealand dairy conglomerate. He has signed autographs, pressed the flesh, spoken to local media. AIG staffers click iPhones into VR headsets and immerse themselves in Haka360, a gizmo the insurance giant put out before the World Cup last year. The roars of Ka Mate echo out over the rolling East River. Its making me a little nauseous, says one woman, giggling.

Back in Chicago, I asked McCaw if impending retirement made him a little queasy. He said it didnt, really, but then retreated a little bit, describing how former team-mates such as the hooker Andrew Hore missed the touring life, and how that made him wonder about the end that was coming. Now that end has come and gone, does he know how Hore felt?

Youre never going to see the team run out and not miss that thrill a little bit, he says. But Thoughtfully, he taps the table. Since he left, the All Blacks have played four, won four, including a 3-0 whitewash of Wales which he watched from on high.